I recently attended a conference of Private Lenders in Las Vegas, which was great. Being in Las Vegas is always fun (kind of like Disneyland for adults) and the conference was terrific. For as many years as I have been in the non-consumer lending business, it still surprises me that there are things I don’t know and things I can learn.

For example, a segment of the discussion was about working with Family Offices. I didn’t know what this term meant, and being too embarrassed to raise my hand and make my ignorance public, I looked it up from my seat.  Wikipedia defines a family office as “ . . . a private company that manages investments and trust for a single wealthy family. . . “. Who knew that such things existed in significant numbers? Having handled the marketing and networking for RFG since its inception, I thought I was fairly knowledgeable regarding the different market segments to work with, but recently discovered this market niche that I did not know existed.

Another thing I learned during the conference was the huge variation in interest rates and points charged by private lenders across the country. While RFG’s rates fall in the middle of the rates where we do business, we are much higher than some areas of the country, and much lower than others. I was not aware of how large the geographic spread is.

Further, I learned how unique RFG’s funding, lending product, and process are. We were one of only three rehab lenders and appeared to have a much more solid footing than the others. One of the complaints from the other lenders was that they find themselves out of funds to close loans they have committed to, causing them to breach their agreements with their customers, and were asking for pointers on cash management. RFG has never, and will never, be in that position.

The money that RFG lends comes from a pool of funds collected from investors of the company. In addition, it has a line of credit that it can draw from when the investor dollars are fully deployed. We also look at our pipeline of loans to be made and loans to be paid off to determine our cash needs for the upcoming month and are able to adjust our cash position to commit to only those loans which we know we will have the cash to close with absolute certainty. I did, however, pick up some pointers on cash management during the discussions.

The point isn’t about Family Offices, lending rates or cash flow. It’s that there is always something new out there and always something to be learned, even when you are an “expert” at what you are doing. You need to take advantage of every opportunity to do something that will improve your knowledge base – should that opportunity be in Las Vegas, all the better! A Repeat Customer Is The Biggest Compliment RFG Can Get

A Repeat Customer Is The Biggest Compliment RFG Can Get We are pleased to write that RFG’s business continues to grow – we speak to new borrowers every day and as a result, have grown our borrowing base of customers significantly.  Interestingly, as we add new borrowers, we continue to… 2013 Predictions: What Will Happen in the Real Estate World? The year 2012 has ended and the effects of the economic recovery are beginning to be seen. Prices of real estate have stabilized in most parts of the country, and even begun to rise in a significant number of areas…. Frequently Asked Mortgage Questions We are frequently asked by our borrowers to explain certain terms that are used in the mortgage industry. We have provided answers to some of the most frequently asked questions below, even if they do not necessarily apply to RFG loan. We hope that this helps… RFG Enters The Digital World Commencing this month, Rehab Financial Group, LP, with the assistance of its outside full service digital agency, Brolik Productions, is kicking off an initiative to increase RFG’s presence through both its website and social media outlets. Over the next few months, you will see significant… The Second Half Outlook for Real Estate Investors in 2022 As we close out the second quarter and head into the third quarter and last six months of 2022, Rehab Financial Group is giving you a market trends update. Today we’ll give you a lot of information that will impact… 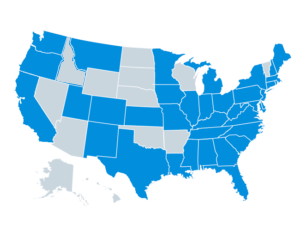